Project plan in the region Karlovy Vary. After completion of the projects “Wind Farm Jindřichovice – Stará” and “Wind Farm Vrbice” and on the basis of good relationships and experience acquired during designing and construction of these wind farms we searched for another suitable locality with the bodies active during negotiations about such project plants. In 2010 “Principles of territorial development of the region Karlovy Vary” were approved, among others areas with potentially or conditionally possible localisation of wind power plants were approved in these Principles.

On 2 October 2012 the EIA documentation, which was elaborated according to Annex No. 3 to Act No. 100/2001 Sb., was submitted to the Regional Authority of Region Karlovy Vary and a screening proceeding was commenced regarding the plan classified in category II. under section 7 of Act No. 100/2001 Sb.

6 x ENERCON E 101/3 MW, hub height 135 m, rotor diameter 101 m. The approval of the municipality to the investment plan is positive. The wind power plants will be constructed on rented plots of land, a consent of owners of the plots of land to the easement regarding laying of cables is available. EIA – (Environmental Impact Assessment) will be submitted to the Environmental Section of the Regional Authority in Karlovy Vary until end of January 2012.

The power plants will be located in altitude ranging from 660 m to 670 m above sea level.

VISUALIZATION OF THE PROJECT 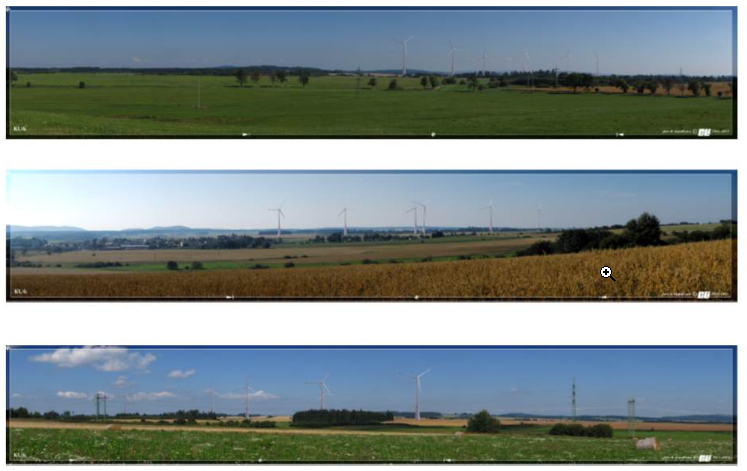